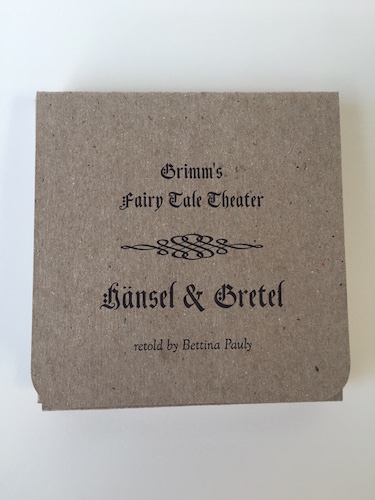 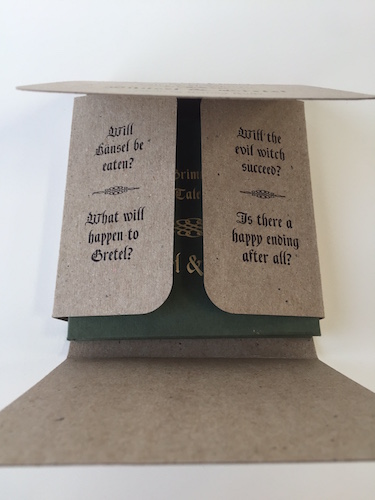 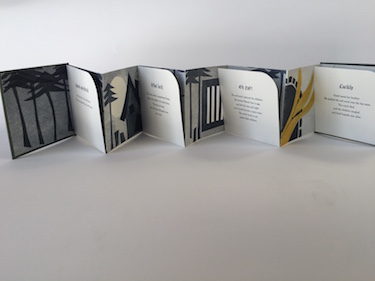 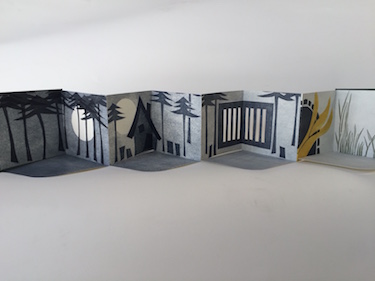 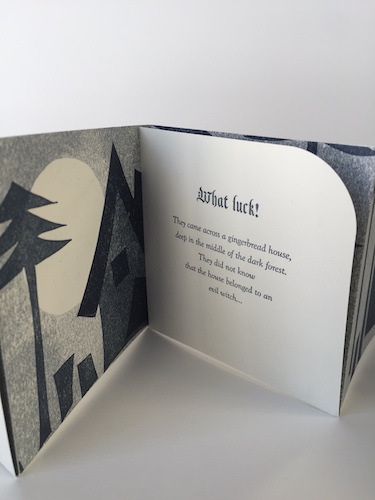 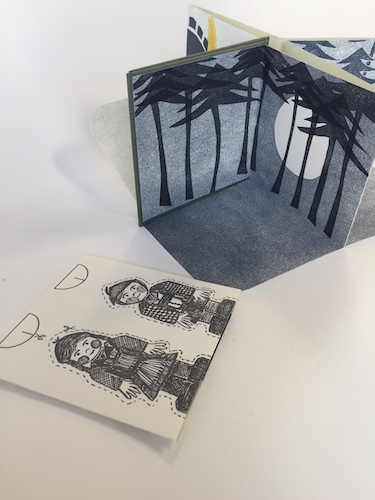 Like so many children in Germany, book artist Bettina Pauly grew up listening to and reading Grimm’s fairy tales, which left a lasting impression on her imagination and creative work. In Grimm's Fairy Tale Theatre, Pauly retells the tale of Hänsel & Gretel. A dark tale of two children, brother Hänsel and sister Gretel are taken to the dark forest and left alone to die. The lost children eventually discover a small cottage built of cake and candy-canes, oblivious of the fact that the cottage belongs to an evil witch. The witch plans to feed Haensel to become fat and juicy so she can cook him and eat him as her favorite dinner: young tender little children! Gretel learns of her plan, and before Haensel meets this terrible fate, Gretel tricks the witch and pushes her into the fire of the oven that is waiting for Hänsel. Both children are freed from the witch's cottage and good has succeeded over evil. Pauly was trained as a professional chef in Germany and worked as a head-server throughout Europe before moving to the United States. This experience as both a chef and a host connects Pauly to this story in unexpectedly funny ways.

Bettina is living in San Francisco as a book artist and working as a letterpress printer with Kim Vanderheiden at Painted Tongue Studios, Oakland, California. She teaches workshops at the San Francisco Center for the Book, the Academy of Art University and O’Hanlon Center for the Arts. She loves books and boxes both as physical objects and as containers of meaning. She is interested in a variety of folded, sewn and woven structures in which she can incorporate her printing.