FROM THE ARCHIVE: We're celebrating our 25th Anniversary and we invite you to join us!

2021 marks the twenty five year anniversary of the founding of SFCB! Over the course of those twenty five years, we've celebrated the art of the book in all of it's myriad formats and mediums while continuing to build our community. As you might imagine, we've gathered together an impressive collection of ephemera and photographs related to SFCB's beginnings and history; throughout the rest of 2021, we look forward to sharing these gems with you.

FROM THE ARCHIVE 02: November 1996 --> SFCB's inaugural exhibition The Pages of Sin

November 1996: Featured in SFCB's first printed workshop catalog, The Pages of Sin promised gallery visitors an exhibition "displaying the accomplishments of Beat artists working in the book form, and their reactions or affinities to the seven deadly sins." Works by Bern Porter, William Everson, and Kenneth Patchen (among others) were featured; you can read about the exhibition's installation and curator Susan Landauer here. 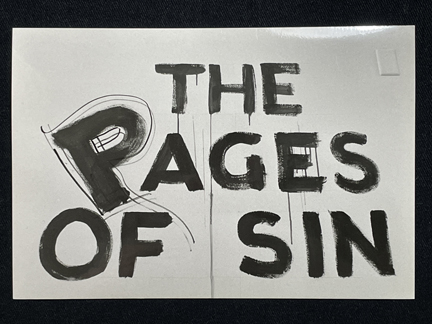 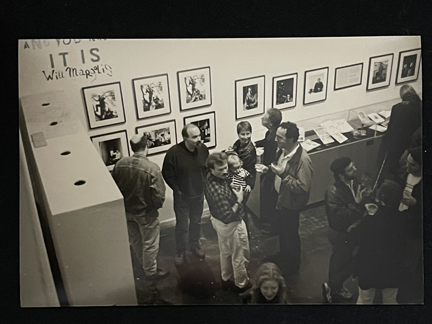 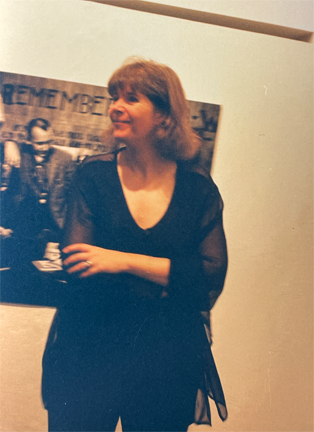 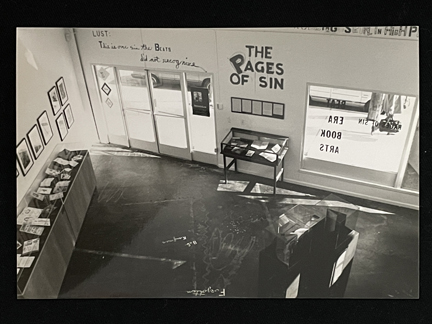 (above, left: SFCB Founder Kathleen Burch at The Pages of Sin opening reception)

(above right: The Pages of Sin installed at SFCB's 300 De Haro Street space)

Titled "Once in a Blue Moon", SFCB's grand opening celebration took place during July 1996's blue moon at our first location (De Haro Street between 16th and 17th Streets). Attracting an overflow crowd of more than 400 people, attendees celebrated a lively new studio space where they could gather together and learn from each other. 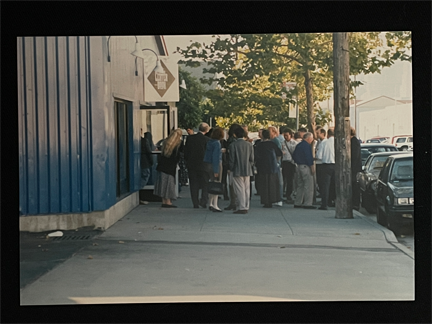 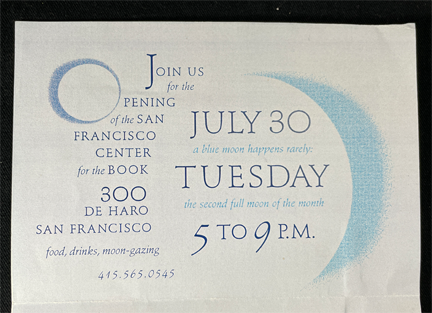 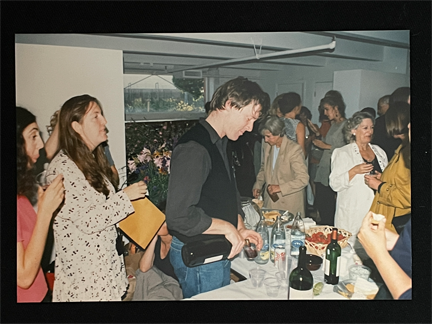 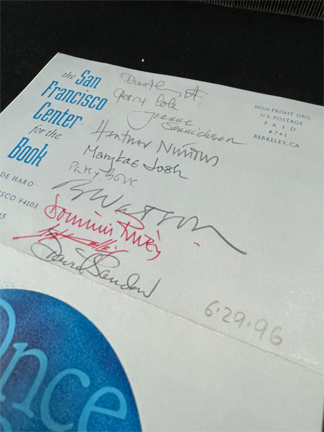 (above, right: invitation with signatures of attendees, including Joanne Sonnichson, Marykae Josh, and Dominic Riley)